A brief history of Audi 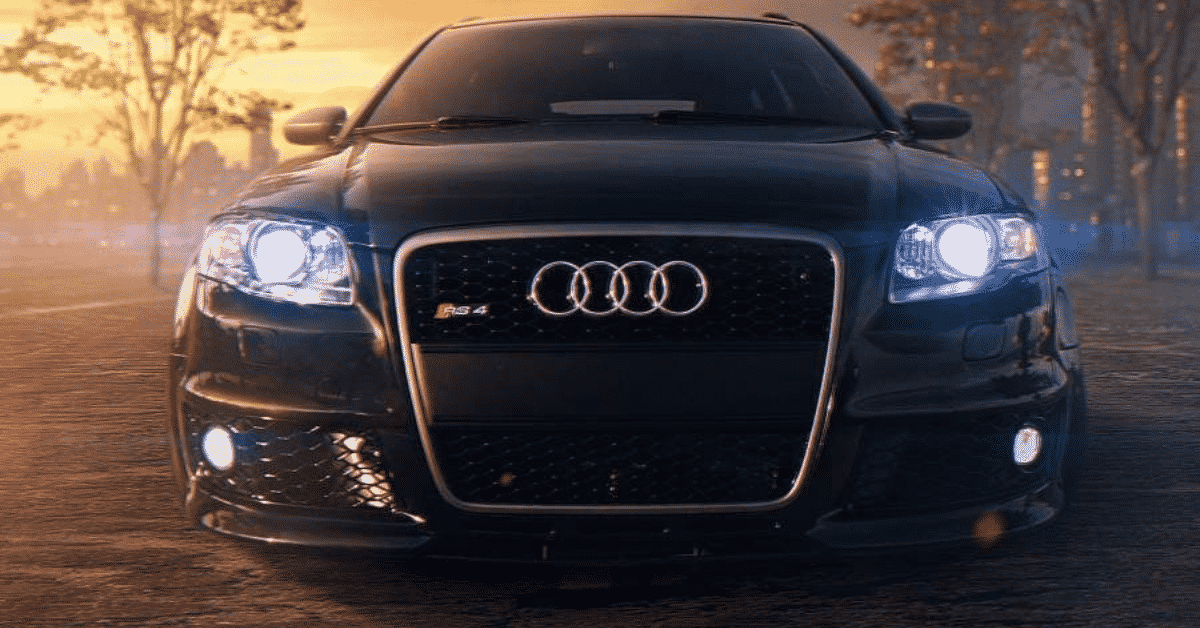 Audi is one of the best-selling luxury automobile manufacturers in the world. However, the origins of the German brand are complex and colourful, to say the least.

Behind the name of every car company, there’s a story. Sometimes it’s as simple as the name of the family who founded it, sometimes it’s an acronym for a phrase people don’t seem to remember. The story behind Audi, however, is a little bit more interesting. Let’s take a look at the rich history of the German brand.

How did Audi get their name?

Audi was technically founded way back in 1885 when the Wanderer Company was established, later becoming a branch of Audi.

But it was in 1899 that August Horch established A. Horch & Cie in Cologne, then went on to form the August Horch & Cie. Motowagenwerke AG in 1904. However, this didn’t last for very long and Horch left Motowagenwerke in 1909, founding his own company August Horch Authomobilewerke GmbH. You may have noticed that all these company names sound very similar because his old company definitely did. They sued Horch for trademark infringement and the Supreme Court agreed. Horch then had to come up with a new name for his company. So, how did he get to Audi? Well, Horch in Latin is Audi, which means ‘to listen’. And thus, Audi was born. In April 1910 Audi Automobilwerke GmbH Zwickau was officially created.

From 1915, it was named Audiwerke AG Zwickau. Zwickau was of course where the company was located, which is in the state of Saxony.

When did Audi start making cars?

Audi as we now know it launched its first car in 1910 and was the Audi Type A Sport-Phaeton. Its successor, Type B was also launched that year. Both were successes, particularly in sporting events. Horch had led his team to three straight victories in the Austrian Alpine Run. It was in 1920 that Horch left Audi to take up a high position in the ministry of transport but in his short time at the manufacturer, he had made the brand internationally known. Shortly after he left, Audi became the first German car brand to produce a car that was left-hand drive, the Audi Type K. This became dominant in the 1920s due to the fact it gave drivers a better view of oncoming traffic. This, in turn, made it easier and safer to overtake.

How did Audi get their logo?

The Audi logo came about after a merger of four companies. In 1928, engineer Jørgen Rasmussen acquired majority shares in Audi. Soon, the company merged with Rasmussen’s DKW, Wanderer and Audi’s old competitor Horch to form the Auto Union in 1932. The merger led to the creation of the four interlocking rings. Funnily enough, this emblem was also similar to the Olympic Rings. So much so that the Olympic Committee eventually took them to court in 1995. The result was as you’d expect, the court ruled that the Audi rings had nothing to do with the Olympic rings. And so the two logos live in harmony.

What happened to Audi during World War Two?

With the new partnership in place, technology became the focal point for Audi, something that has since remained central to the company’s corporate identity. In the early days of the Auto Union era, Audi became the first European car company to offer a six-cylinder-engine, front-wheel-drive model. This was the Audi Front.

However, it wasn’t before long that concentration turned to the German war effort. The firm began producing armoured cars for the military. Of course, this made them prime targets for Allied bombing and this took its toll on production. After the war, Audi found their Zwickau factory deep inside the Soviet-influenced GDR and the Auto Union no longer a functioning entity. The factories were dismantled as part of the war reparations, under the orders of the Soviet military. In August 1948, Auto Union AG was deleted from the commercial register which essentially liquidated Germany’s Auto Union. Of course, that wasn’t the end. The Auto Union executives looked at relocating what they had left of the company to West Germany, where they set up a spare parts operation in Bavaria.

Interestingly, the factory in Zwickau restarted assembly in 1949 and created cars for East Germany. It was in this factory that the Trabant was created. The Trabant was considered the symbol of East Germany and the fall of the Eastern Bloc. It was uncomfortable, noisy, slow, and extremely desirable in East Germany. The waiting time for the Trabant was more than a decade. Over three million of these were produced in total.

When was Audi bought by Daimler-Benz?

The reformed company was launched in 1949 with the help of aid from the Marshall Plan. They continued to produce front-wheel drive vehicles. However, there was no plant suitable to mass-produce automobiles and they had to rent their space elsewhere. It was only ten years later when an investor had the funds to construct a major car plant. Daimler-Benz took an 87% holding in the Auto Union and increased this to 100% in 1959. But, small two-stroke cars weren’t in their interests and the company’s ageing range didn’t benefit from the boom of the 1960s the same way their competitors did. So, they disposed of it. But by this time the Auto Union had a huge factory and were ready to produce four-stroke engines and therefore ready for a period of growth. The Audi name was resurrected after 25 years in 1965.

When was Audi bought by VW?

In 1964 VW had a 50% holding in the company. They then bought the brand new factory eighteen months later and used it to assemble additional Volkswagen Beetles.

Initially, Volkswagen was hesitant to the idea of Auto Union producing their own models, having bought the plant intending to increase production of their cars. However, the Auto Union engineers developed the first Audi 100 in secret. Luckily for them, Heinz Nordhoff (the VW chair) was impressed and called for the production of the car. The first generation Audi 80 was launched in 1972 and the resurrection of the Audi name was officially complete. What followed was the succession of four-stroke models 60,75,80 and Super 90.

In 1986 an episode of 60 Minutes aired in the United States featuring six people who had sued Audi after their Audi 5000 was suffering from unintended acceleration. This unintended acceleration had been linked to six deaths and 700 accidents between the years 1982 and 1987. Interestingly, a subsequent investigation into the 60 Minutes broadcast found that they had actually engineered the failure themselves. Another investigation by the National Highway Traffic Safety Administration found that a majority of the unintended acceleration cases were caused by driver error. While there was a mild defect found in the idle-stabilizer system, it caused only a minor acceleration. This, in turn, caused the driver to panic which contributed to the severity of the incident.

Audi’s modern era has proven to be as technologically innovative as ever, starting with the 1980s turbocharged Quattro, the world’s first four-wheel-drive sports coupe. The company’s official name was shortened to Audi AG, and this was the start of the shift towards the luxury market. In 1987 the Audi put forward the Audi 90, the much more elegant and superior follow up from the Audi 80 which was developing a ‘grandfather’s car’ image.

The release of the Audi V8 was Audi’s debut into the upscale market, competing with the likes of Mercedes-Benz and BMW.

Sales grew strongly during the 2000s and this continued into this decade. Audi saw record sales in May 2011 and produce vehicles in seven countries across the world.

However, in 2015 Audi admitted that at least 2 million of their cars had been involved in the VW emissions scandal. The cars affected were the;

And the A6 Quattro, A7 Quattro, A8, and the A8L were further implicated. Despite this, Audi reported a sales increase.

That pretty much brings us to the present day. Audi is internationally known as a prestige brand, on par with its German counterparts, Mercedes and BMW. The firm has continued to develop innovations such as diesel technology, aluminium bodies, the “Multitronic” Continuously Variable Transmission (CVT), and unique SUVs. This innovation has contributed to a resurgence in the American market and success on the racetrack, including seven world records. It’s been announced recently that Audi SUVs are set to make up half of overall Audi sales and they are due to launch their flagship SUV, the Audi Q8 next year. If you are interested in any of the current Audi’s you can search for them in the search function below.

← Prev: How to Jump-Start a Car – The Complete Guide A brief history of Bentley →