A brief history of Bentley 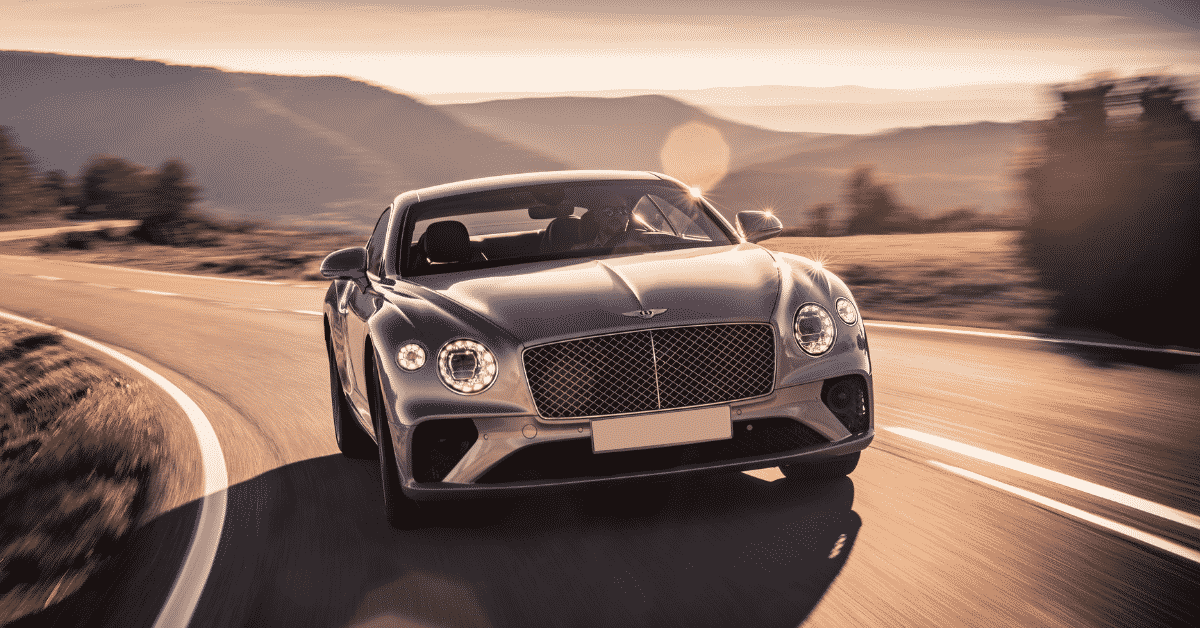 Far more than just a luxury automobile, a Bentley is a statement. Owning one says you’re either fabulously rich or would rather drive a Bentley than have a place to live. Bentley represents British elegance like no other. The Queen’s private limousine is a special Bentley model, of which only two were produced.

But, how did this manufacturer become the epitome of British gentility? Let’s take a look at the history of Bentley.

When did Bentley start making cars?

Before the First World War, Walter Owen Bentley, known as simply W.O, and his brother Horace, sold French DFP cars in North London. But W.O knew that he always wanted to design and build his own cars. However, it was dealing with DFP that stemmed from his innovative use of French-inspired aluminium pistons.

Unfortunately, like many manufacturers, their story starts on the brink of the First World War. And it meant that W.O turned his attentions to aeroplane engines, notably producing the Bentley Rotary One and the subsequent BR2. The aluminium pistons were also fitted to aeroplane engines. It was in 1919, after the war, that W.O registered Bentley Motors Ltd. A chassis with a dummy engine was exhibited at the London Motor Show that year, with a real engine up and running by December 1919. Orders for deliveries were taken soon after in June 1920. However, the development of these cars was slower than expected and the first cars weren’t ready until September of 1921.

Bentley soon became popular among the wealthy British motorists after the success of the Bentley 3 Litre Sport at the 24 Hours of Le Mans in 1924. Unfortunately, Bentley was always under-funded and suffered severe financial difficulties in 1925. But, it was rescued by one Woolf Barnato.

When did Woolf Barnato buy Bentley?

A member of the so-called ‘Bentley Boys’, Barnato helped Bentley financially, so much so that he ended up controlling the company as Chairman. With W.O as an employee, Bentley was able to produce a whole generation of cars under Barnato’s ownership.

As you can imagine, the Wall Street Crash all but destroyed the demand for expensive motor cars and once again Bentley found themselves in financial difficulty.

When did Rolls-Royce buy Bentley?

Bentley was on the brink of being taken over by Napier & Son but they were outbid by British Central Equitable Trust. The company behind British Central Equitable Trust? Rolls-Royce. And so Rolls-Royce acquired Bentley in 1931. It was only revealed that it was Rolls-Royce behind the purchase after the deal had been closed. The Bentley factory in Cricklewood was closed and W.O Bentley left the company after his contract expired in 1935. Instead, he joined Lagonda.

The first car under Rolls-Royce was the Bentley 3 ½ litre, the sporting variant of the Rolls-Royce 20/25. Interestingly, all cars produced from 1931 to 2004 used inherited or shared Rolls-Royce chassis and adapted Rolls-Royce engines.

When did Bentley move to Crewe?

Rolls-Royce, along with the British Government, found Crewe when searching for a location for their shadow factory to produce aero engines. It has great road and rail links and was away from the aerial bombing.

During the Second World War, 25,000 Merlin engines were produced and employed 10,000 people. After the war, Rolls-Royce moved their aero operations and kept their motoring operations in Crewe, where Bentley cars are still made today. After the war Bentleys became distinctly more Rolls-Royce-like and sales dropped considerably. There was a point when only 5% of cars in production carried the Bentley badge.

When did Vickers buy Bentley?

Following the RB211 engine crisis, Rolls-Royce was nationalised. A separate business, Rolls-Royce Motors Limited, remained independent until it was bought by Vickers plc in 1980.

It was under Vickers that Bentley went back to its heritage as a high-performance car. This was reinforced by the production of the Mulsanne. Other cars built under the ownership of Vickers included;

In 1997, Vickers announced that it was selling Rolls-Royce Motors. Everyone thought that BMW would be the logical choice for this purchase as they already supplied engines and other components to both Rolls-Royce cars and Bentleys.

However, they were outbid by VW by almost £100m. The problem was that VW had the rights to the designs and production facilities, but they didn’t actually have the rights to the Rolls-Royce name. Or the logo. BMW paid Rolls-Royce plc for the name and the logo and so began a battle of the car manufacturers. After negotiations, it was decided that BWM would get Rolls-Royce, and VW would get Bentley.

In 2002, Queen Elizabeth II received an official State Limousine by Bentley to celebrate her Golden Jubilee. Demand for Bentley’s had become so great that there was a point where there was a year-long waiting list for new cars to be delivered.

Bentley sales continued to increase and reached the 10,000 cars-per-year thresholds in 2007. Though they faced a slump in the years after, they’ve recently seen a return in profits.

That brings us to the present day. Bentley continues to be one of the most prestigious brands ever, and have recently announced a new flagship to the Flying Spur range; the Flying Spur W12 S. This is the first four-door, Bentley, to have a top speed of over 200mph. Although it’s been tumultuous, Bentley still remains one a symbol of British elegance.