A brief history of Mercedes-Benz 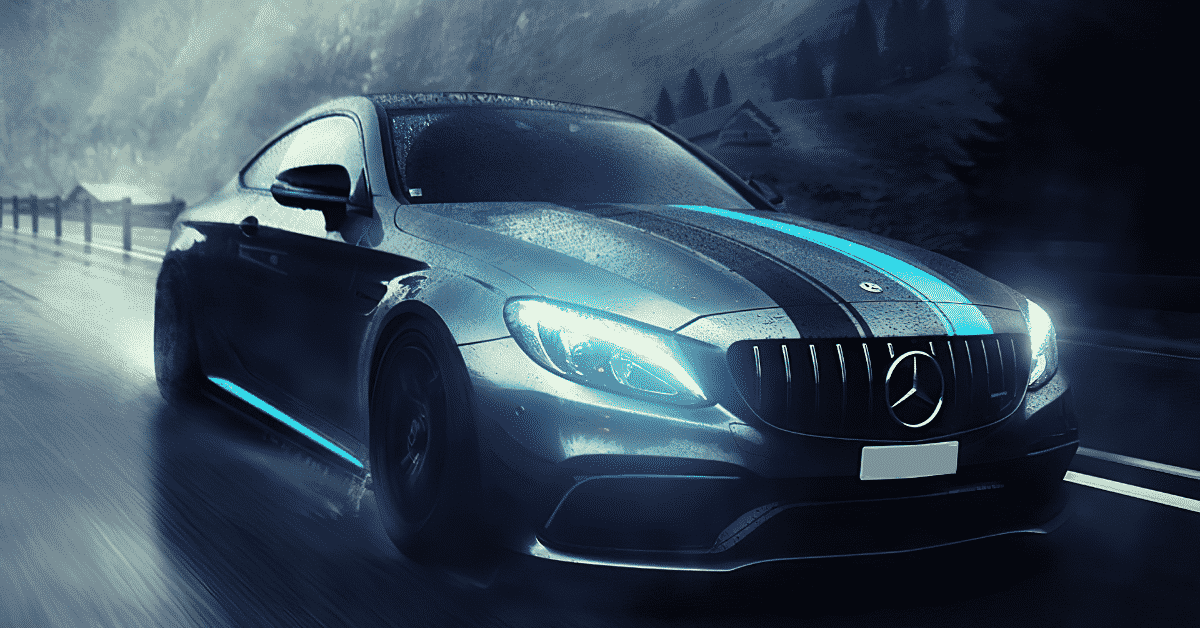 Alternately referred to as Benz, Mercedes or Merc, Mercedes-Benz is about as much of a household name as is possible within the automotive industry. The mere mention of Mercedes conjures far more than just cars. Such brand recognition and identity, arguably associated as much with reliability as it is with luxury, is not easily earned. However, as the world’s oldest continuously manufactured marque, Mercedes has had a lot of time to establish its reputation. We take a look at the rich history of Mercedes-Benz.

When did Mercedes-Benz start making cars?

Mercedes’ beginnings stretch back to 1886 and the invention of the internal combustion vehicle. This occurred in two separate, independent locations in Southwestern Germany only 60 miles apart. Karl Benz produced a petrol-powered car (a 3-wheeler) and Gottlieb Daimler, together with Wilhelm Maybach, produced a petrol-powered converted stagecoach. Both parties were unaware of each other’s work. Daimler and Maybach went on to make the first 4-wheel petrol car in 1889 and founded DMG. This stood for Daimler-Motren-Gesellschaft. DMG began selling automobiles in 1890. Benz was hot on their tracks, producing his first 4-wheeler in 1891. By 1900 his firm, Benz & Cie was the world’s largest automaker. The first models to bear the Mercedes name were a series of DMG sports cars named after the daughter of a wealthy entrepreneur and auto racing enthusiast Emil Jellinek, Mercedes.

Okay, so maybe I didn’t really answer the last question because although Benz and Daimler were making cars, it wasn’t actually with each other. So, when did they start making cars together?

They continued to work independently until 1924. Then, due to the economic ramifications of the First World War, the competitors began cooperating. After two years, they had formally merged to form Daimler-Benz AG. The company’s cars and trucks were thereafter produced under the name of Mercedes-Benz. The merger of the two companies was incredibly successful, and the production of Mercedes-Benz cars rocketed to 7,000 in 1927. They soon became industry leaders, and it was after the launch of the large and prestigious Mercedes-Benz W15 that Mercedes-Benz was created as a separate division under Daimler-Benz AG.

A cabriolet of the W15 was launched a few years later, and their first small family car was the W23.

When was the 260 D Model launched?

The 260 D Model is most famous for being the world’s first diesel-run passenger vehicle and was launched in 1936.

Mercedes launched several successful vehicles during the 1930s, including the W136 Spohn Roadster and the W138 limousine. But, this was the 1930s, and we all know what happens next.

What happened to Mercedes-Benz during World War Two?

As is the case with many German firms of the era, World War Two was a dark period for Mercedes-Benz. It depended on forced labour, including prisoners of war, for its role in the Nazi war effort. Striking workers were even sent to concentration camps. According to the Daimler website, almost half of their 63,610 employees were civilian forced labourers, prisoners of war or concentration camp detainees.

While they stopped producing cars to help contribute to the war effort, people didn’t stop driving them. The Mercedes-Benz 770 was a large luxury car produced by the brand from 1930-1943. This car is probably most well-known for being used by high-ranking Nazi officials, including Hermann Gӧring, Heinrich Himmler, Reinhard Heydrich and Hitler himself. The types of cars included a limousine, a Touring car and a Cabriolet. The 770K had mine proof floor armour and bulletproof glass and bodywork. Other items produced by Daimler-Benz included an LG 3000 truck and DB 600 and DB601 aircraft engines.

After the war, Daimler-Benz admitted their links with the Nazi regime, and became involved with the “Remembrance, Responsibility and Future” initiative and paid $12 million in reparations to the labourer’s families.

Some of the remaining 770s are either in the hands of private buyers or in museums. One is in a German automobile museum and another in Ottowa. As of 2009, one of Hitler’s own 770Ks belonged to an unnamed Russian billionaire, who purchased it for several million.

Mercedes-Benz recovered with impressive strength in the post-war period, aided by strong exports and a monopoly on diesel-powered commercial vehicles. They went back to producing cars with the introduction of the 170 V.

During the 1950s Mercedes-Benz launched some of their best looking cars including the 190 and the 300 SL. The 300 L was the first production vehicle to utilize fuel-injection technology.

When did Daimler-Benz Acquire Maybach?

Remember when we mentioned Maybach at the start of the article? They were eventually bought by Daimler-Benz several decades later.

The first car the company made was built in 1919 and introduced as a production model two years later. Between the years 1921 and 1940, the company produced luxury vehicles, now widely regarded as classics. Daimler-Benz bought Maybach in 1960 and was used to produce special edition Mercedes cars. Maybach became a luxury division, producing the Maybach 57 and 62. However, they failed to compete with the likes of Rolls-Royce and Bentley. Some said it was because they had poor driving dynamics and others said it was because they didn’t differentiate between Maybach and Mercedes, and therefore didn’t have the sense of ‘exclusivity that Rolls-Royce and Bentley shared.

In 2012, Maybach ceased production, making room for more models in the Mercedes S-Class range. But, this didn’t last long and in 2014, Mercedes confirmed they were reviving the Maybach brand, positioning it alongside the AMG line. The flagship Mercedes-Maybach S600 was unveiled in 2015.

The design for the Smart car began in the early-70s and the late-80s. Nicolas G. Hayek, the creator of the Swatch, wanted to create a city car. He approached Volkswagen but was shot down. So instead, he met with Mercedes.

The first model was launched by Daimler-Benz in October 1998. The name Smart derives from the collaboration between Swatch and Mercedes; Swatch Mercedes ART. One of the names suggested was ‘Swatchmobile’, so let’s be grateful for Smart.

Models include the Smart City-Coupe, the Smart Crossblade, the Smart ForFour and the Smart ForTwo. It’s safe to say that the Smart Car has been pretty divisive in the years it has been in production, with some expressing complete disdain, and others falling in love.

When was Mercedes-AMG launched?

Mercedes-AMG is the high-performance division of Mercedes-Benz. It was created in 1967 by former Mercedes Engineers and was originally founded as a racing engine. It then expanded into building custom road cars based on Mercedes cars. They also originally produced a range of upgrade and accessories packages. They also offered a variety of engine performance packages during the 1980s.

These unofficial upgrade packages continued until the 1990s when Daimler-Benz realised that they could make a lot of money out of the modified cars and upgrade packages. They signed a contract of cooperation in 1993. This gave AMG access to Daimler-Benz’s dealer network and started developing vehicles such as the Mercedes C36 AMG. In 1999, Daimler Chrysler (as it was known then) acquired 51% of the AMG shares and changed the name to Mercedes-AMG GmbH. The AMG line continues to produce even more luxurious lines of standard Mercedes-Benz models.

When did Daimler merge with Chrysler?

Also known as the “Merger of Equals”, the formation of Daimler Chrysler came in 1998. This was the world’s largest cross-border deal ever and was valued at $38 billion.

Some of the cars produced during this time included the Chrysler Crossfire which was based on the Mercedes SLK, the Mercedes 3.2L V6 and the Dodge Sprinter.

However, the “Marriage made in Heaven” lasted until 2007 after Daimler agreed to sell Chrysler to the Cerberus Capital Management.

Mercedes has always been prominent in motor racing, going back further than when Mercedes-Benz was one company. They had success at the Mille Miglia, the Paris-Rouen as well as with Team McLaren.

There were times when Mercedes withdrew completely from Motorsport, notably after the 1955 Le Man’s disaster. A Mercedes-Benz 300 SLR crashed into another car, flew into the stands and killed 83 spectators and the driver. As it stands, it was the worst accident in motorsport history.

You don’t need me to tell you Mercedes is still incredibly popular today. While it is most famous throughout the world for large luxury passenger cars, the company also has a strong tradition in racing and sports cars and trucks, buses, and more economical car models. The latter three are more common in non-US markets as Mercedes has always been exclusively a luxury marque in the US.

They have continued to be at the forefront of innovation, most recently introducing the Vision Tokyo, a self-driving electric van powered by a hybrid hydrogen fuel-cell system. Cars currently include a variety of models, from the A-Class through to the S Class, with a variety of derivatives in-between.