A brief history of Mini 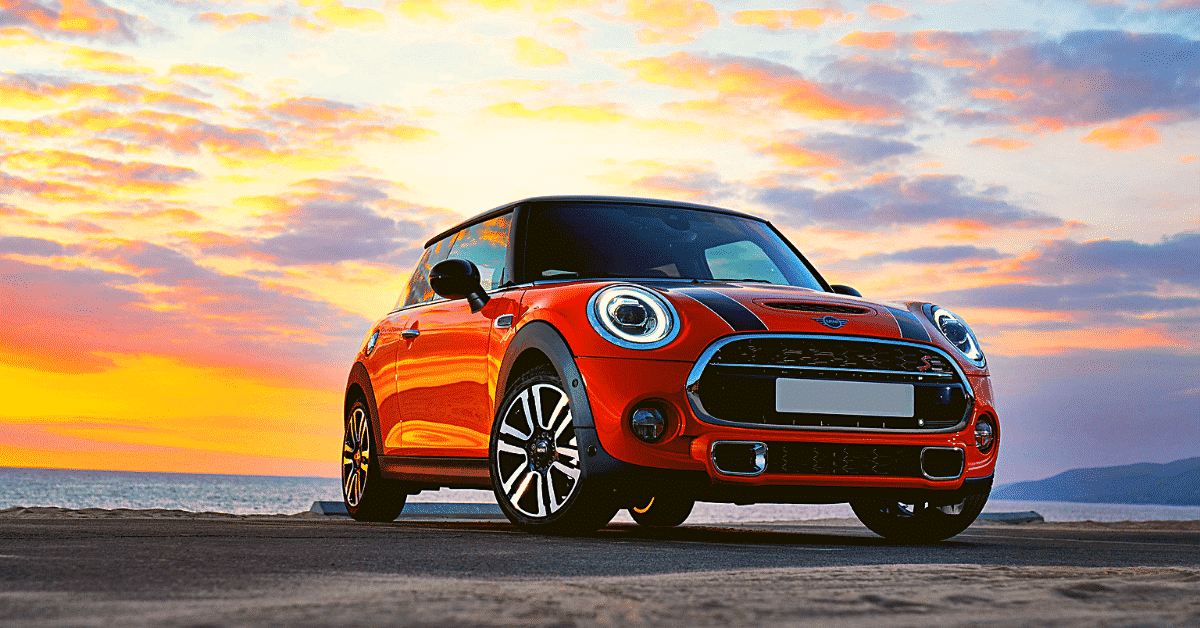 Cute, iconic and unmistakably British, the Mini is an instantly recognisable little car with a devoted fan base. Despite its diminutive size, it has space for four passengers and even room for luggage in the boot. In 1999, the Mini was voted the second most influential car of the 20th century by the Global Automotive Elections Foundation, just behind the Ford Model T. More original Minis were produced than any other British car (5.4 million) over its 41-year long production, another record for mass-produced British cars. And to think, they came out of a crisis. We take a look at the interesting history of Mini.

When did Mini start making cars?

The origins of Mini lie in the petrol rationing of the 1956 Suez Crisis. This opened up the UK market for fuel-efficient vehicles, such as various eye-catching bubble cars from Germany and Italy. These bubble cars were just that, bubbles. Essentially motorbikes with bodies fitted, the three-wheeled greenhouses qualified for little tax and could be licensed as motorcycles. Anyway, Mini is credited with bringing the demise of these bubble cars, as Leonard Lord, head of the British Motor Corporation, vowed to make a proper car to compete with the bubble cars. By October 1957, a small team led by Sir Alec Issigonis had produced a prototype of the first Mini. Allegedly, Issigonis designed the storage pockets in the doors so they could fit a bottle of Gordon’s Gin. Not that that’s particularly relevant to our history, but it is a fun fact to tell people.

What was the first Mini?

The Mini was innovative for its economic use of space, unibody, front-wheel drive and transversely mounted engine. The first production model, the Mark I, rolled off the assembly line in 1959 and on August 26th of that year was unveiled in nearly 100 different countries. The car was marketed under the BMC marques of Morris (as the Mini-Minor) and Austin (as the Seven) until 1969 when it became its own making. Over the years, numerous upgrades were made, along with a large selection of “spin-offs”, perhaps more than any other make of car. These include the Wolseley Hornet, the Riley Elf, the 4-wheel drive Moke as well as saloon, estate, van and pickup versions.

When was the Mini Cooper made?

The most well-known of these variants are the celebrated Mini Cooper and the Cooper S.

These were beefed up, sportier Minis that were the product of a collaboration between Issigonis and race car designer, John Cooper. The Austin Mini Cooper and the Morris Mini Cooper debuted in 1961. The more powerful Mini Cooper S was debuted in 1963. The appeal as a sportier Mini was established by its success at the Monte Carlo Rally in 1964, 1965 and 1967. They were also helped by their role in the cult film The Italian Job, where Mini and Mini Coopers played a key part in the bank heist. However, their role after the 1960s was pretty uncertain as newer models were essentially the same as the original and therefore were starting to be seen as more of a novelty. When Mini was bought by BMW they have since relaunched the line.

When was the Mini Clubman launched?

The Mini Clubman was intended to replace the Riley and Wolseley versions of the Mini and were created by Roy Haynes, previously of Ford. The Clubman was launched in 1969 and the Clubman estate replaced the Countryman.

When did Mini replace Austin and Morris?

The sixties had been good to Mini, and it seemed the seventies would be much of the same. The Mark III Mini was launched in 1969 and was the first Mini to have wind-down windows instead of sliding windows.

It was after Mark III that the name Mini completely replaced the separate Austin and Morris. This came after production at the Cowley plant ended.

Mini Vs. The rest of the world

Towards the end of the seventies, there were rumours of Mini’s demise as more practical and newer rivals came up in the market. These rumours resurfaced at the start of the eighties, after the Austin-Mini Metro. However, this faced competition from the Ford Fiesta, the Renault 5 and the Volkswagen Polo.

The Mini was no longer the favourite in the export market as well, with South Africa, Australia and New Zealand stopping production. 1981 was also the last year the Mini featured in the top 10 of Britain’s top-selling cars.

When did BMW buy Mini?

There were numerous “special editions” of the Mini launched during the 1980s and 90s, making it more of a fashion icon than a mass-market car. While this may have been a disaster for some it actually helped Mini. It is thought its appeal as a fashion accessory helped it become a serious asset for BMW. Let’s quickly look at the ownership of Mini;

Mini was originally owned by British Motor Corporation, which then merged with Leyland Motor Corporation in 1968. British Leyland then became the Rover Group, which owned Rover, Mini, Land Rover and MG. BMW took control of the Rover Group, and Mini, in 1994. BMW was, at the time, under the management of Bernd Pischetsrieder who was interestingly the first cousin once removed of Issigonis. Anyway, by the turn of the millennium, Rover was still suffering huge losses, so BMW decided to get rid of most of the companies. MG and Rover went to Phoenix and Land Rover was sold to Ford Motor Company. Of course, BMW kept the Mini. They kept the name but gave Rover temporary rights to make models Classic Seven, Classic Cooper, Classic Cooper Sport and Knightsbridge (for the European market).

The last Mini was a red Cooper Sport and was built in October 2000. It was presented to the British Motor Industry Heritage Trust in December that year. After that, Mini went back to BMW.

The new models are technically unrelated to the old car, but it still maintains the classic look.

The Mini’s we see on our roads today are more expensive and more stylised than the original but continues to be produced in a variety of versions including the Hatch, Cabrio, Clubman, Paceman, Coupe and Roadster, as well as a limited edition all-electric model.