A brief history of Porsche 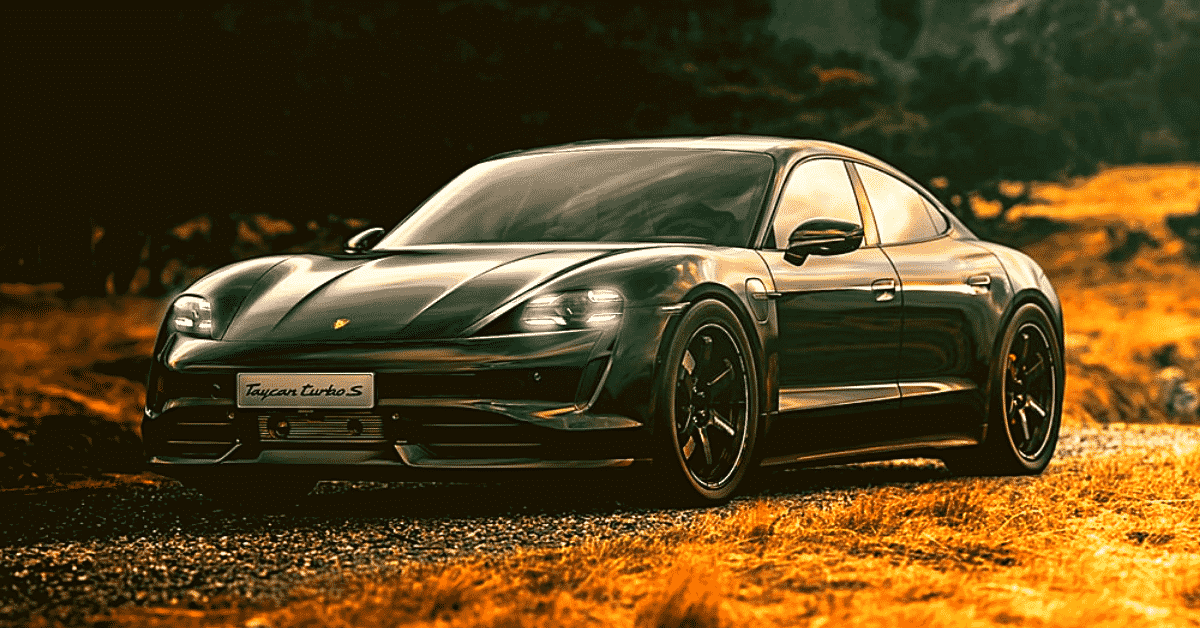 Porsche are one of the most well-known brands in the world.

Synonymous with luxury and style, Porsche has become just as much of a status symbol as designer clothes or luxury holidays.

But how did the car manufacturer become the luxury icon it is today?

Let’s look at the interesting history of Porsche.

When did Porsche start making cars?

Ferdinand Porsche founded Dr Ing. h. c. F. Porsche GmBH in 1931. Their main offices were in the centre of Stuttgart and initially, the company offered development work and consulting but did not build any cars under their own name.

Interestingly, one of their first assignments as a new company was to design a vehicle for the people, a “Volkswagen”. The result was the Volkswagen Beetle and is considered one of the most successful car designs ever. During World War Two, Volkswagen production turned to the military version of the Beetle, producing 52,000 vehicles. Porsche produced designs for heavy tanks during the war but ultimately lost to Henschel & Son in both contracts. Porsche also developed the Maus super-heavy tank towards the end of the war, producing two prototypes. At the end of World War Two, Ferdinand lost his position as Chairman of the Board of Management of Volkswagen and Ivan Hirst was put in charge of the company. Ferdinand was arrested in 1945 for war crimes but he was never tried. He was imprisoned for 20 months and during this time, his son, Ferry Porsche, decided to build his own car.

The first model of the 356 was built in a small sawmill in Austria. Once pre-orders reached their set production threshold, production began. This was done by Porsche Konstruktionen GesmbH, which was founded by Ferry and Louise Porsche.

Many see the 356 as the first Porsche because it was the first vehicle sold by the company.

When was the Porsche 911 launched?

Porsche saw some success in motor racing with the 550 Spyder but the 356 needed a huge redesign.

And so the company launched the Porsche 911 in 1964. This had a six-cylinder “boxer” engine and the design was led by Ferry Porsche’s eldest son, Ferdinand Porsche.

The Porsche 911 has become one of the most iconic Porsche models and has been one of the most successful on the track, at rallies and in road car sales. The 911 has undergone many different revisions, and the current model only shares the basic mechanical configuration of the six-cylinder Coupe and basic styling cues with the original car. Interestingly, Porsche changes all their internal codes for their models, but the 911 has consistently been sold as the 911. However, the internal classifications are as follows;

In 1990, Porsche drew up a memorandum of understanding with Toyota. This was to learn and benefit from the Japanese lean manufacturing methods, of which Toyota was famed for.

It was also reported in 2004 that Toyota was assisting Porsche with hybrid technology.

When was the Porsche Cayenne launched?

The Porsche Cayenne is a mid-size luxury crossover SUV that was launched in 2002. North American sales began in 2003 and were the first V8-engine vehicle built by Porsche since 928 in 1995. It was also Porsche’s first off-road Variant sports car. This has been since its Super and Junior tractors.

The second-generation Cayenne was unveiled at the 2010 Geneva Motor Show in March. The Cayenne shares its platform with the likes of the Volkswagen Touareg and the Audi Q7 but all other aspects of the design are done in-house at Porsche. The second generation received a facelift in 2014 with minor changes and also got a plug-in hybrid version. This was announced at the public launch at the Paris Motor Show. The Cayenne S Diesel set the Guinness World Record in 2017. This was for the heaviest aircraft pulled by a production car. The vehicle towed an Air France Airbus A380 weighing 285 tons, to a distance of 42 metres. This broke the record previously held by Nissan.

The third-generation Cayenne was revealed online in August this year (2017). It is due to come out as a 2019 model, and all engines are to be turbocharged.

When was the Porsche Boxster launched?

The Porsche Boxster went on sale in 1996 and was a two-door, two-seater roadster. The Cayman, the fastback coupe version of the Boxster was launched in 2005.

The Boxster was the first road vehicle to be designed as a roadster since the 550 Spyder. The design for the first Boxster was influenced by the 1992 Boxster Concept. The second generation was launched in 2005 and was more powerful than its predecessor. It was also inspired by the Carrera GT in terms of styling. The third-generation Boxster was launched at the 2012 Geneva Motor Show.

The Cayman is derived from the second and the third generation Boxster roadster. It is a rear mid-engined rear-wheel-drive two-seater sports car. It was first launched in the 2006 model year. The Porsche 718 Boxster and the Porsche 718 Cayman were introduced in 2016 for the 2017 model year, reviving the 718 monikers. The engines were flat-four turbocharged units. The 718 Cayman was repositioned with an entry price lower than that of a Boxster.

When was the Porsche Macan launched?

The Macan is a luxury crossover SUV that was first introduced in 2014. The Macan competes with the likes of the Mercedes-Benz GLC, the Audi Q5 and the Range Rover Evoque.

The Macan project was announced in November 2012 and was initially a development project. It was unveiled in 2013 at the Los Angeles and Tokyo Motor Shows.

The model shares its platform with the Audi Q5 and the wheelbase and suspension are modified from the Audi. However, the engine, interior and exterior are unique to Porsche.

Porsche and Volkswagen have always had a close relationship, mainly since Porsche designed the Volkswagen Beetle.

In 2009, Porsche SE (which was created in 2007 and replaced the Dr Ing. h. c. F. Porsche AG) and Volkswagen AG reached an agreement that the manufacturing operations of the two companies would merge in 2011. They would then form an “Integrated Automotive Group”.

Porsche and the Present Day

The Porsche Cayenne is getting ready to return in its third generation next summer (2018) as a 2019 model. It is reported to come with the likes of the Porsche Communication Management system’s touch screen, intelligent voice control and comes as a WiFi hotspot.

The 911 Carrera T was launched in North America in March 2017, though orders are being taken now. The Carrera T is focused on performance-enhancing features not available on the Carrera model. It also comes in nine exterior colours including Racing Yellow, Lava Orange and Carrera White.

That brings us to the present day. Porsche are still making luxury sports cars and are also dominating the luxury SUV market, giving the likes of BMW and Audi a serious run for their money. With more models being released in the coming months, Porsche continues to be one of the most popular luxury brands on the market.