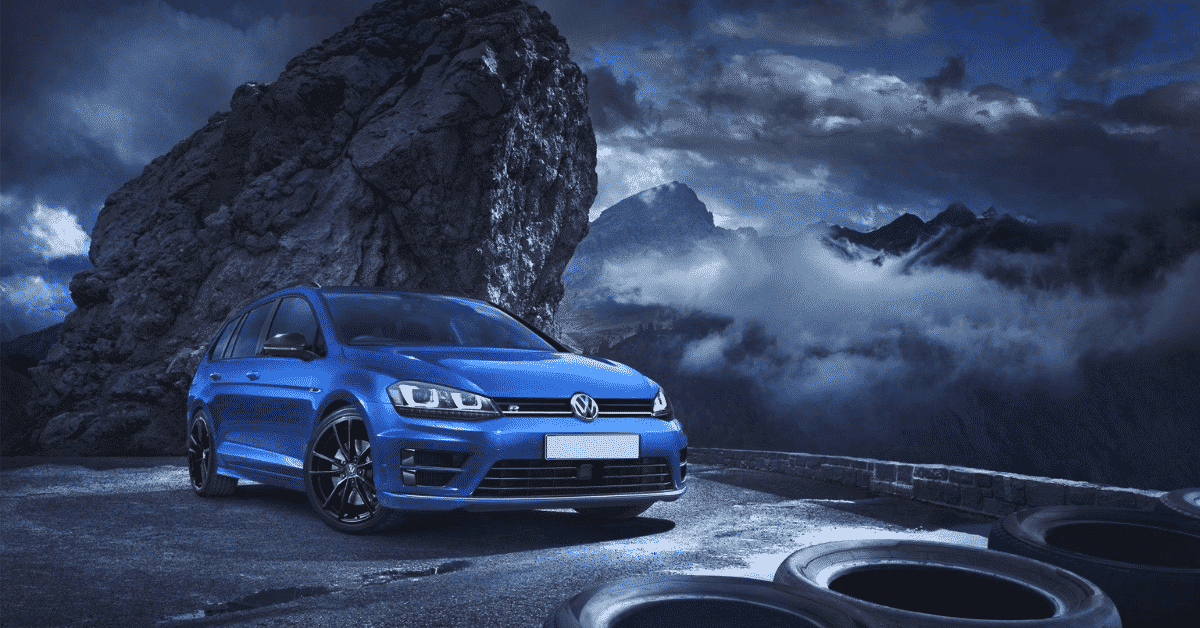 Of the ten top-selling car models in history, three are Volkswagen; the Beetle, the Golf and the Passat. Not one for fancy branding strategies, the current VW tagline is simply “Das Auto”, which literally translates to “the car”. They are Germany’s biggest car company and the third-largest automaker in the world.

From “the people’s car” to the emissions scandal, it’s safe to say VW have a history like no other.

German Automotive takes a look at the interesting history of Volkswagen.

When did Volkswagen start making cars?

In 1937 the Nazi trades union organisation, the Deutsche Arbeitsfront, set up Volkswagen with the aim to create a “people’s car”.

Very few owned cars in Germany around this period so VW was created to address the need for an affordable car for the common German citizen. Under Hitler’s orders, the car should;

The KdF-Wagen (or Kraft Durch Freude, OR, strength through joy) had an air-cooled rear engine and a torsion bar suspension. It also had a “beetle” shape.

Interestingly, the car was mainly designed by Ferdinand Porsche and the designs went through vigorous testing before being declared as finished. In fact, the car did a record-breaking million miles worth of testing.

A factory was built in a new town called KdF-Stadt. Today it is known as Wolfsburg. This was a purpose-built town for the factory workers. However, it had only produced several cars by the time the war broke out. In fact, none of the cars was actually delivered to those that had completed the savings scheme. Only one was ever delivered. The Type 1 Cabriolet was presented to Hitler on April 20th 1944, his 55th birthday.

What happened to VW during the Second World War?

When World War Two broke out in 1939 Volkswagen changed its production from cars to military vehicles. As a common practice with German factories at this time, more than 15,000 slave labourers from a nearby concentration camp worked in the factories.

In 1998 the survivors filed a lawsuit against the car manufacturer, and they set up a restitution fund in response. In April 1945, the KdF-Stadt factory was heavily bombed, and the town was captured by the Americans. It was then handed over to the British. The factory was placed under the control of civilian Military Governor Hirst. The factory is then used as a maintenance depot.

Technically, the factory was liable for destruction as part of the war reparations – as per the Potsdam Agreement. However, it was Hirst that saw a future in the factory and convinced his commanders of the potential of the VW car. In September 1945, the British Army placed an order for 20,000 vehicles to run post-war Germany.

Hirst offered up the factory to representatives from all over; Australian, American, British and French, yet no one would take it on. Hirst even offered the company to Henry Ford free of charge, but he rejected the offer.

Instead, Volkswagen was left to fend for itself, with Hirsts German assistant Heinrich Nordhoff as the leader.

When did Volkswagen buy Audi?

VW became an important part of the regeneration of West Germany in the period after the Second World War.

Production increased rapidly, with the Beetle reaching one million sales by 1955. A different type of Beetle mania, Type 1 was the best-selling car in automotive history by 1972. They then released four versions of Type 3 and 4 models. This success led it the purchase of Auto Union in 1964. The only remaining marque of Auto Union is Audi. They then purchased NSU in 1969.

The expertise from these companies allowed VW to make technological advancements such as front-wheel drive and water-cooled engines. They merged Auto Union and NSU to create the luxury Audi brand we know today.

By the 70s the Beetle was old news, and the Type 3 and 4 weren’t huge sellers. It was the Audi’s influenced that proved to be VW’s saving grace in this period. A new generation of VW’s was born, in the shape of the Scirocco, Passat, Golf and Polo.

Who does VW own?

In 1982, Volkswagen signed a co-operation agreement with SEAT, the Spanish car manufacturer. But in 1986, it bought a majority share and in 1990, it owned it outright.

A year later Volkswagen signed an agreement with Skoda and slowly increased its equity share to 70% by 1995.

But they didn’t stop there. VW essentially began collecting brands, acquiring Bentley, Bugatti and Lamborghini by the time we reached the end of the millennium.

As you may remember, the design of the first-ever Volkswagen was accredited largely to Ferdinand Porsche. Porsche maintained a close relationship with VW in the years following. Fast forward to 2005 and Porsche increases its shares in Volkswagen from 5% to 20%.

After increasing its stake in the company to 30.9%, Porsche attempted to acquire Volkswagen, but VW is much larger than Porsche and left the company on the edge of bankruptcy. And so began the war between the two brands. An attempted merger in 2009 failed due to legal risk and finally in 2012, VW bought Porsche. This was a particular blow to Porsche’s chairman, Wolfgang Porsche. Why? Because his older cousin, Ferdinand Piech, is Volkswagen’s chairman. Ouch.

And so we would have come to the end of our history. VW would reign as one of the biggest firms in the world, with cars sold in 153 countries across the globe. But that’s not the case. Instead, we come to the great emissions scandal of 2015.

In September 2015, US officials uncovered software in some Volkswagen and Audi models that were designed to cheat emissions testing. These so-called ‘defeat devices’ have been used to artificially alter the results of the strict emissions testing in the United States. They designed it so the car would know it was being tested, and would switch the engine to a different mode, essentially lowering the emissions of the car. What this meant was that these VW engines emitted nitrogen oxide pollutants up to 40 times above what is legally allowed in the US.

It was also uncovered that this was the case for many cars across the UK and Europe. VW admitted that the illegal software had been in some 11 million cars and 8.5 million of those in Europe. The emissions scandal led to VW announcing their first quarterly loss in 15 years.

This sort of brings us to the present day. The emissions scandal is still making headlines – the most recent being that VW may have broken EU consumer laws. This summer they agreed to pay £11.8 billion to its customers and regulators as compensation for the scandal. However, they are still currently being sued by Australia and may face criminal charges in the US. Only time will tell what’s going to happen to VW in the future.

← Prev: A brief history of Skoda What is an MOT →